I have recovered enough from my mammoth gaming and shopping trip to Salute 2012, in London yesterday, to post some of my pictures here. I had a great day, and spent too much money!
Amongst my purchases were some VBCW figures from Muttonchops, Empress and Hasslefree, some Victorian Zombies from West Wind Games, some cows from Redoubt, a couple of carrying boxes from KR muiltcase (perhaps not that exciting, but I saved the postage), a USMC recon unit and some Victorian SciFi stuff from Eureka. My biggest purchase was a copy of Dread Fleet I bought from Stafford Games.
I had a chance to meet up with a few VBCW gamers, and with the creative team behind Pulp City. Best of all, from an eye candy perspective, I got to see some of the most impressive boards and table tops I have ever set eyes on. The standard of board at salute is exceptionally high- just take a look. 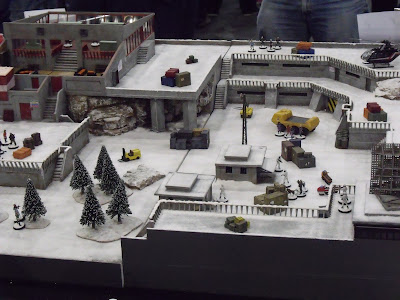 An ice station by 7TV for Crooked Dice. Perfectly executed! MicroArt Studio did this superb VSF board. They will be releasing these buildings in laser cut HDF later this year, in the autumn. The MicroArt figures were lovely, but oddly scaled and very costly. 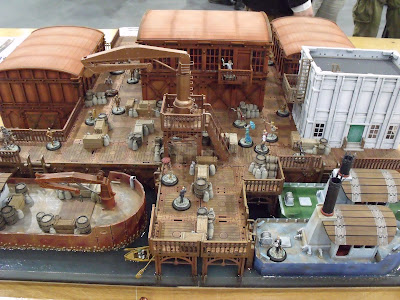 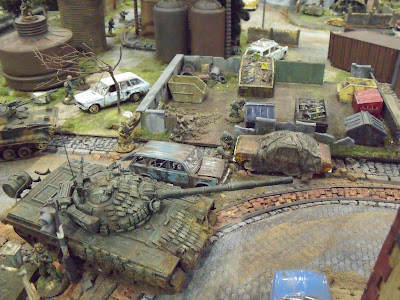 This is my favourite. A Force on Force board made by Chemins de Feu, with Russians vs Nato- 28mm scale. Absolutely stunning. 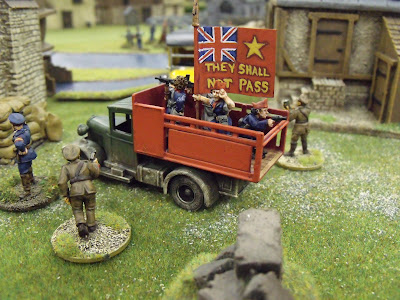 I couldn't miss out VBCW. There were two VBCW tables at Salute. The GWP one had some lovely looking scenery. There was another one, involving naval battles, but I never got a chance to photograph that.
Posted by Rob Bresnen at 10:26

Definitely some of my favourites there too. It was a great day out.

Aww it looked great will go one year