Last week, while tiding my man cave, I came across a pile of unpainted French Napoleonics, some of which were left over form my french/irish forces and some I think I got free in Wargames Illustrated or perhaps at Salute one year. Anyway, one thing the all had in common (and the reason why they remained unpainted) is that they were all in great coats and had wet weather covers on their shakos. As my French and Irish Legion are being painted for the Peninsular War I didn't think the great goat look was what I was going for. I have painted a few as pickets for a jump off point, but I didn't need all these.

I decided to paint then and put them on ebay, hopefully to generate some much needed Christmas money. I had just bought some of GW's contrats paints and wanted to try these out too.

I put these together and painted them in a couple of nights. they were quite fun to paint as the great coats covered lots of teh 'pain in the ass' detail normally associated with Nap stuff.

I found the contrats paints to be a mixed bag. The white is next to useless, although I will practice some more with it to see if I was using it wrong. The red and dark brown are great. I also use the navy blue on my Portuguese too, and found it easy to use, although I felt it was a bit flat and ended up adding more highlighting anyway.

Anyway. These are on Ebay now if you want them...a nice Christmas pressie for yourself or loved one- ready for the Russian steppe or Waterloo? 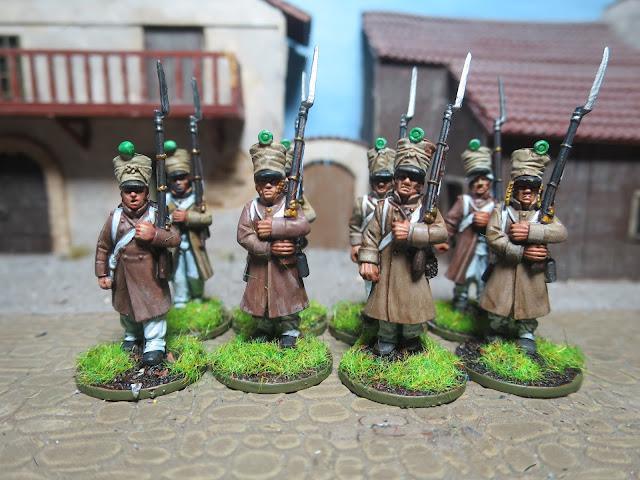 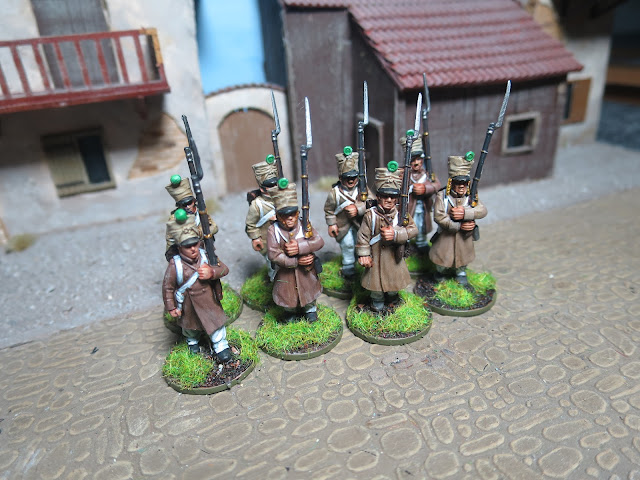 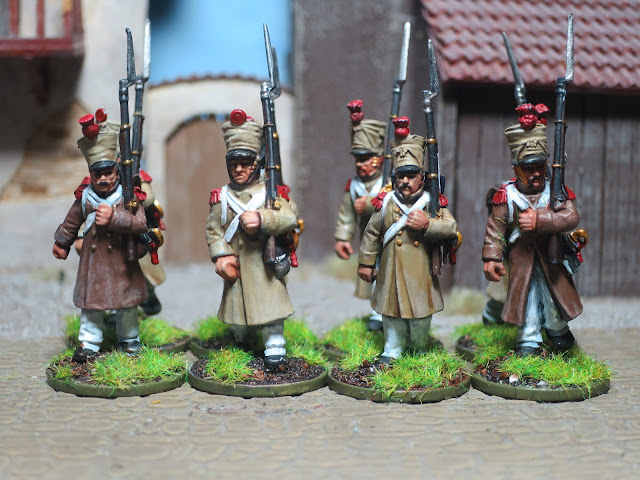 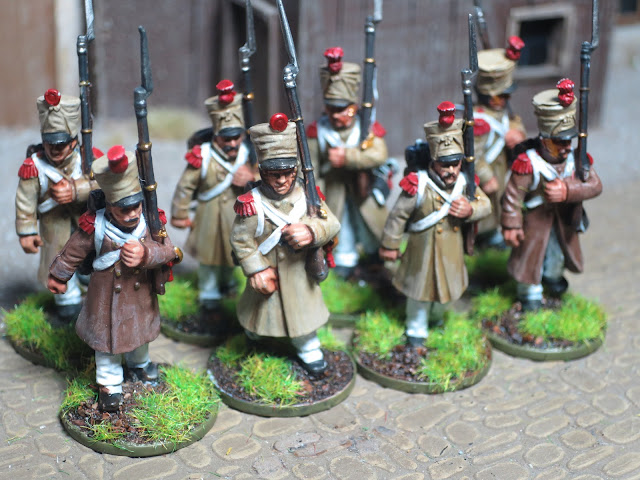 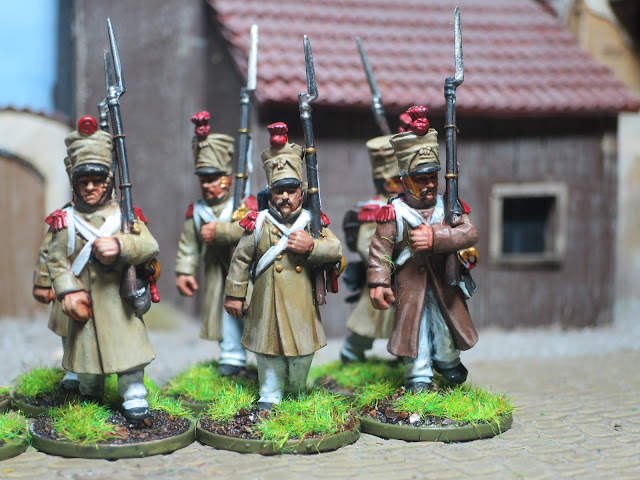 Looking really nice, I hope you get a good price for them.

Fabulous! They should fetch a pretty penny.