Last Christmas I got a Napoleonic War Portuguese force of my lovely wife and daughter and thought it would be nice to try to get it painted before this Christmas.

I know- a radical idea!

Anyway, ably assisted by GW new navy blue contrast paint and some zenithal highlight undercoating, I was able to smash out the remaining three groups to complete the project (minus the cannon and crew which are currently absent without leave).

This force now consist of four officers, three groups of line infantry, one group of grenadiers, one group of Cacadores in line formation (with muskets) and one group of cacadores with rifles in skirmish formation. 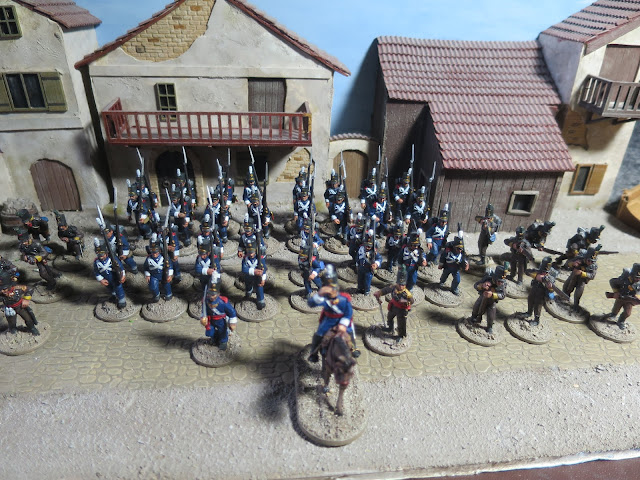 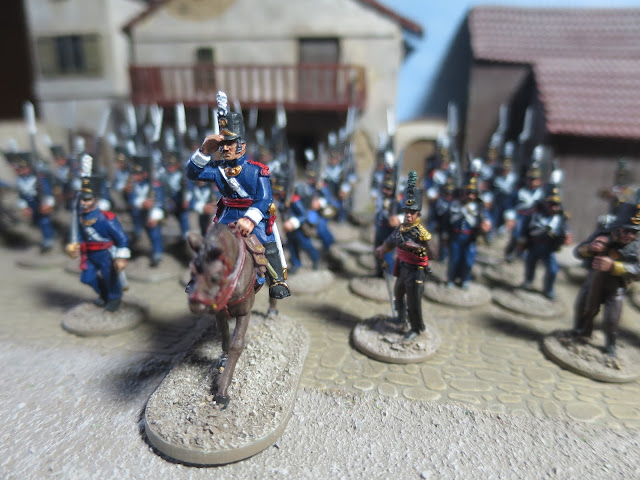 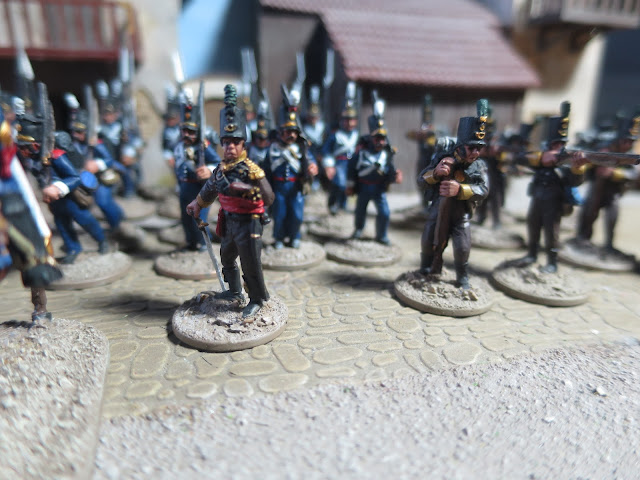 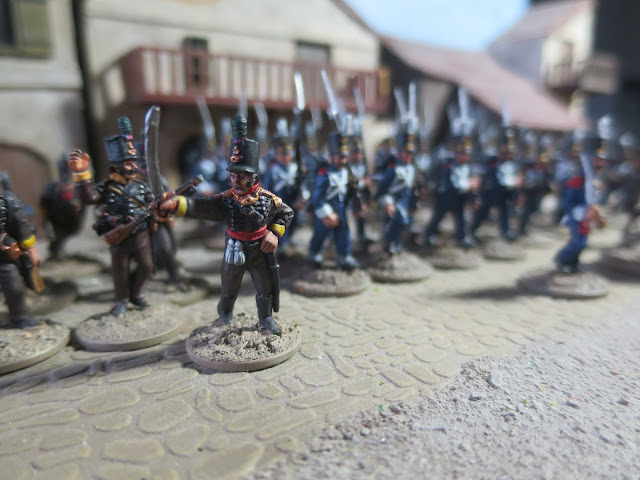 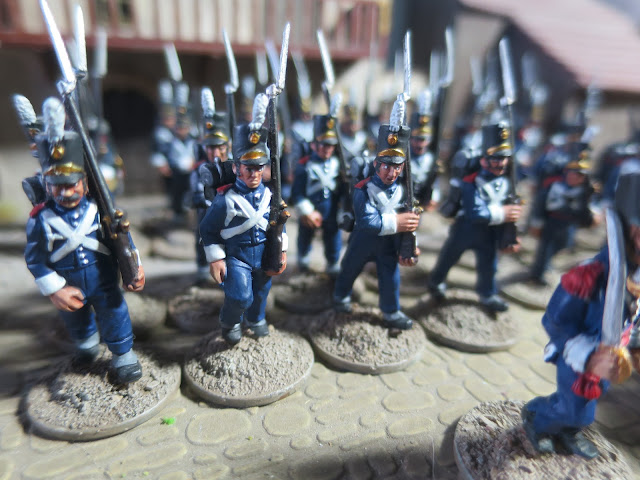 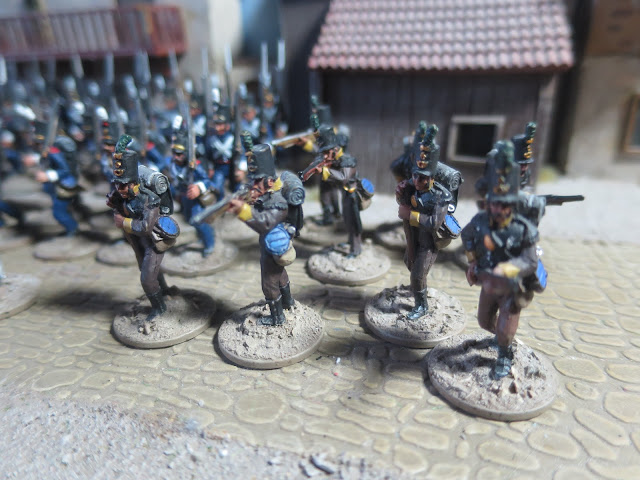 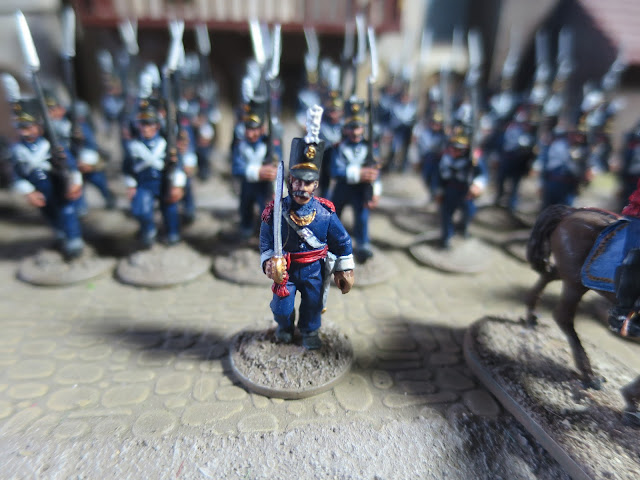 These all look fab mate!