I have been making some terrain, principally to play Rangers of Shadow Deap, but suitable for other fantasy settings too (Middle Earth and Age of Sigma spring to mind). I began with some scatter terrain suggested in the first Rangers of Shadow Deep mission. I needed some rocky outcrops and some patches of dense brambles.

These were made using old CDs as bases, following a tutorial by Mel the Terrain Tutor (LINK). the brambles were made from some dried plant stuff I bought from the flower arranging section of Hobbycraft. The rocks were made from...well rock actually. Just a few nice shapes stones and gravel from the garden.

I suspect these pieces will see a lot of action as they are generic enough to be used everywhere from the steamy jungles of the Congo to the rural 'idle' of VBCW shropshire. 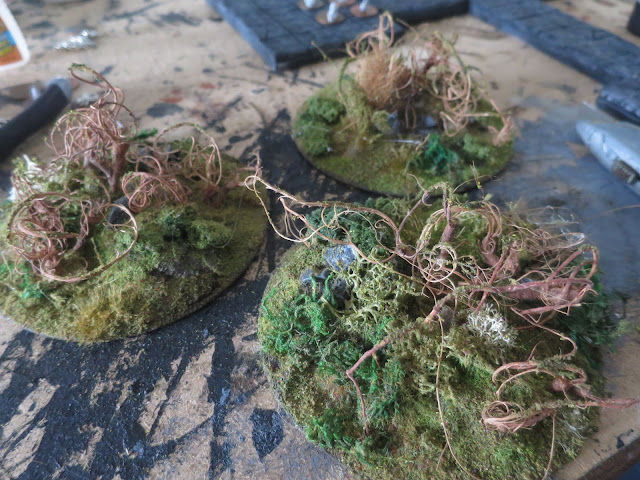 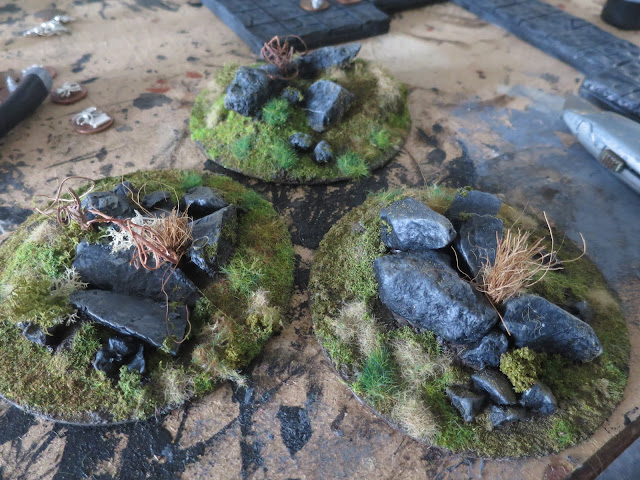 They look great and useful for no end of scenarios.

They look great! I really need to make something like this...