I thought I would paint a few zombie apocalypse survivors (I actually painted the last week so they don't count as Zombtober, but I only got round to basing them this week).  These guys don't really fit into either of my two existing groups of survivors (the Outlaw MC and the Jamaicans) so they might form a third group (possible with a selfless leader) or might join one of the other groups if they need to recruit new members.

First up is Carlos, who was a surf instructor before the apocalypse. A 'Survivor', with Athletic and Shooting skills, wielding a pump-action shotgun and a revolver. 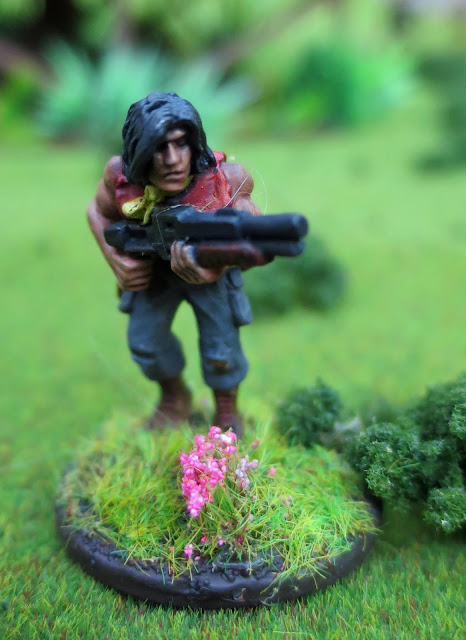 Samson was a movie stuntman before the apocalypse. He lived in a beautiful beach house on the island. Since the apocalypse he has found that his athleticism and martial arts training have been skills very much in demand. Samson is a 'Tough Guy' with Athletics and CQC skills. he is armed with a surplus SMG, a revolver and a knife. 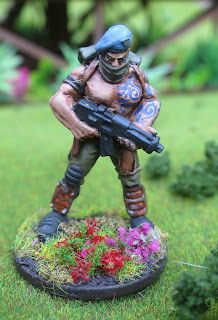 Brad was a college frat boy on vacation when the apocalypse trapped him on the island. He is smart and resourceful, but was also a bit of a jock back before the apocalypse. He is a 'Survivor' with Academic and Athletic skills. He carries a Surplus Assault Rifle and a knife. 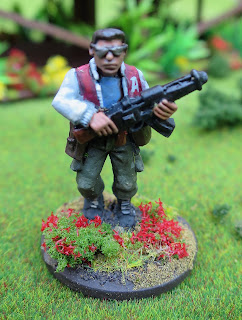 Patch is an escaped convict, who used the chaos and confusion of the earliest days of the apocalypse to escape from prison. I am sure he could have easily found new clothes but for some reason he prefers to keep on his orange prison uniform. Maybe he just thinks it is intimidating.
He is a 'Goon' with CQC and Athletic skill. He is using a pump action shotgun and semi-automatic he stole from a prison guard. he also carries his trusty shiv. 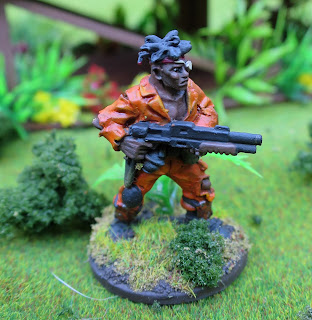 Great stuff, just kicked off our own project, not quite as sunny as the windies :-)