I have just got back from having a great game of VBCW in Shrewsbury. The two day battle features various factions manoeuvring close to the Free City of Shrewsbury.
I was playing as the Wirral Socialist Workers Party who joined with the Wolverhampton and Herefordshire based socialists. They were determined to seize control of the strategically important Shrewsbury, opening up free lines of communication between the port of Liverpool and the manufacturing center of Wolverhampton (via the Shropshire Union Canal).
In my first battle my platoon ran into a a platoon of BUF determined to stop us liking up with the other Red forces. The battle quickly turned into a brutal close quarters battle, but my forces prevailed and linked up with the other socialist.
My next battle was between my Marxist Reds and a Trotskyite Socialist collective of miners from Coalbrookdale. It came from a misunderstanding based on the collective ownership of the mine. Basically the Wirral Socialist thought the mine should belong to them, as they represented 'the people', while the Trotskyite miners thought that they were 'the people' who owned the mine.
Combat was messy, as teh sightlines were difficult to manage, with several open areas that formed kill zones for anyone moving through them. In teh end both factions agreed to a truce, and the Wirral Socialist workers managed to make off with truckload of coal and a lot of beer by way of compensation.
The final days battle saw a combined attack of Socialist pushing into the outskirts of Shrewsbury, resisted by he Shropshire Free State, while the Royalists were too busy clashing with the Anglican League on the other side of the city. The Reds eventually broke through, forcing the Shropshire Free State to fall back, and so managed to seize a beachhead in the city with which to exploit when more reinforcements arrive from Liverpool and the Midlands.
A great game, and a great chance to meet up with old friends and make new ones. I love the VBCW community so much. Thanks to Tym and Tom for organising it. 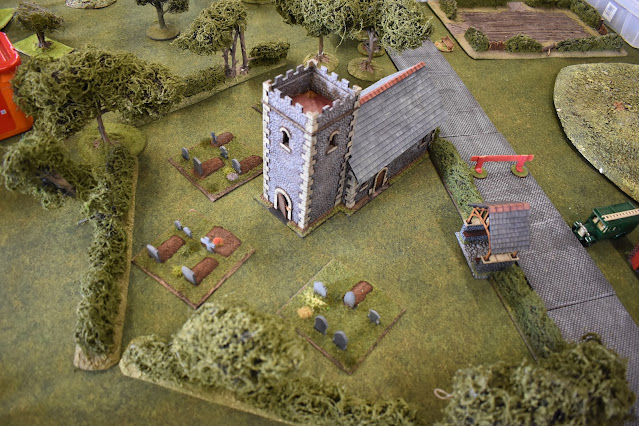 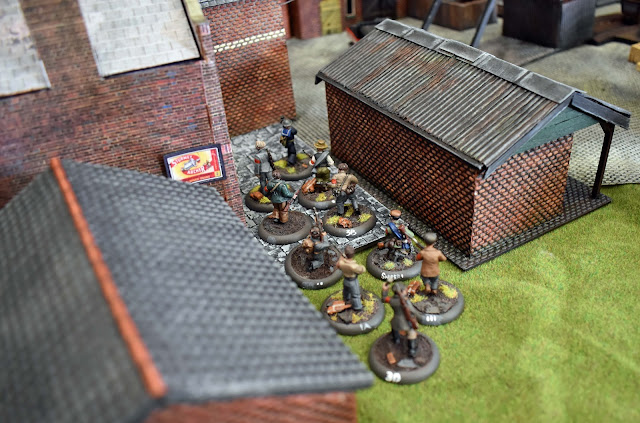 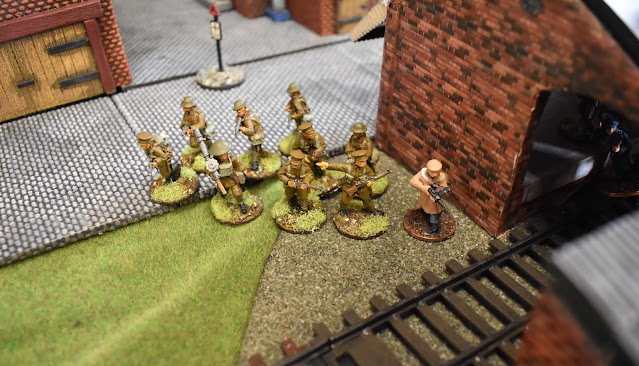 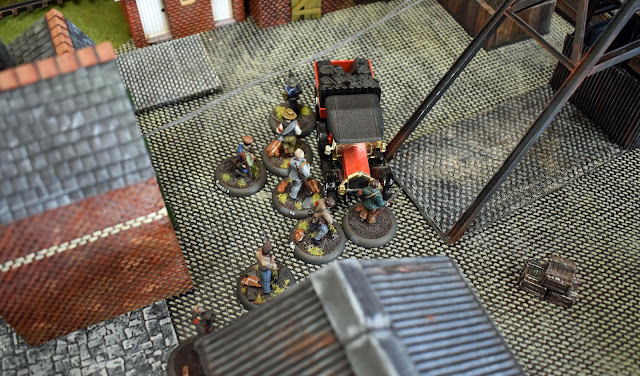 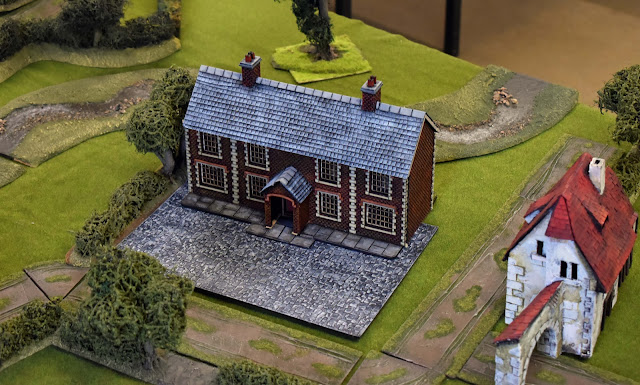 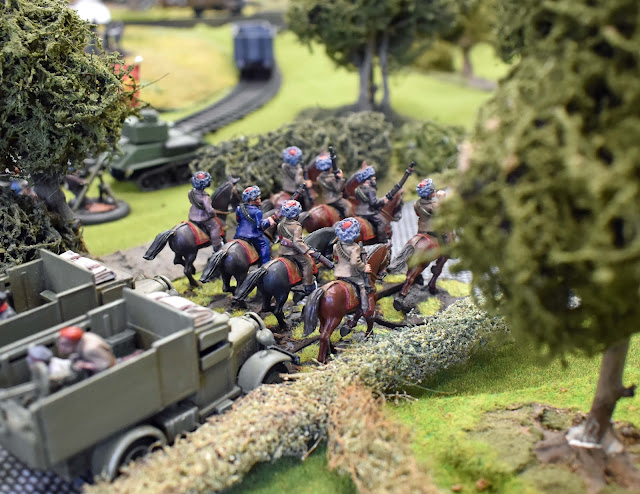 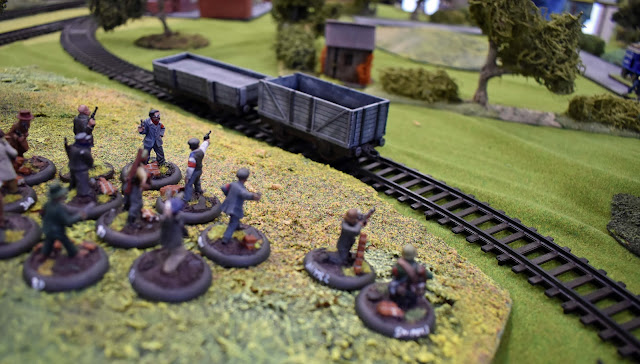 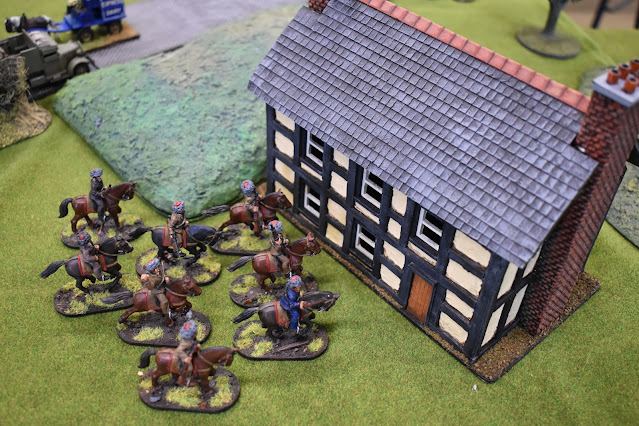 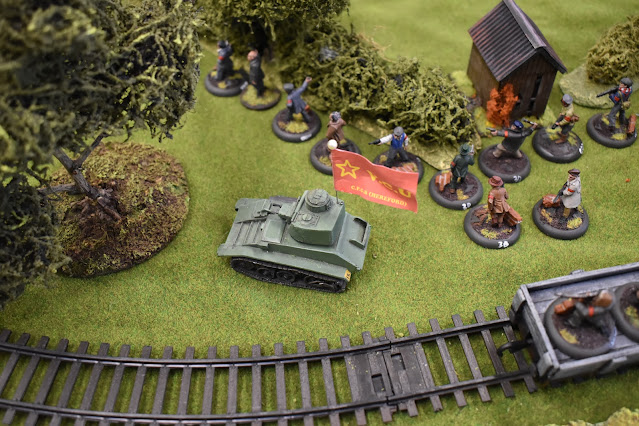 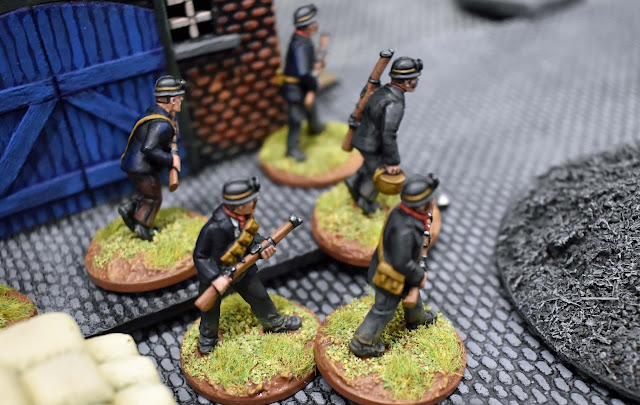 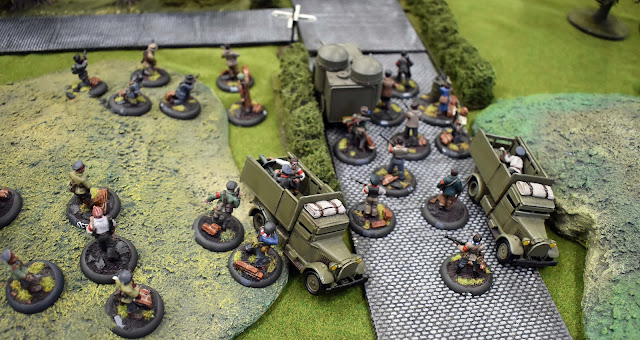 Cracking looking game. I must look up those miner figures they look excellent.

Wonderful stuff, inspiration in deed. High time I got my Worcester 1938 stuff back on the table.
Thanks for the post.
Cheers
Stu